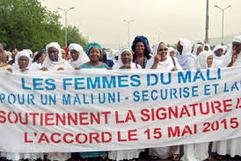 Canadian involvement in Mali – Are we doing it right?

In the upcoming weeks, Carole and I are going to focus on Mali, a West-African country which is a pivotal actor in the battle against AQIM and ISIS.  Canada has a long history of involvement and a vested interest in Mali. A recent report by Mali’s Ministry of finance predicted that Mali’s economy will grow by 5.3% in fiscal year of 2017. In releasing this report the Malian government cited Canadian mining companies as one of the main reasons that Mali’s economy will achieve at least a 5% growth rate next year. While the government of Mali is touting these robust economic projections, the people of Mali (one of the poorest 25 nations in the world) are suffering with a corrupt political system and untold economic hardships. We are now proudly presenting these series of articles and interviews with key political and social personalities in Mali, in which we are going to examine the different facets of Canada’s involvement and try to draw some general conclusions about Canadian foreign policy.

Canadian Investment and women empowerment
In today’s article we examined Women Empowerment in Mali and how high profile women are making a difference in Mali’s political-social fabric.  Indeed, Mali has fallen suit with other African countries where women have become key contributors to the continent’s entrepreneurial spirit and by and large have proven to be much more transparent that their corrupt African male counter-parts.

Mali’s main export products are gold and cotton. They make up close to 80% of all exported goods from the country.  With such a lack of economic diversity I investigated Mali’s women in the work force as well as in the arts and sciences.  In the course of our research we interviewed Mrs. Kadiatou Konaré, daughter of former Malian President Alpha Oumar Konaré. A working mother and accomplished author and publisher, Mrs. Konaré was very modest, engaging and extremely well informed in her fields of expertise.

“My job inspires women who believe in the power of ideas”

Kadiatou Konaré, Author and Publisher on how her success has impacted the women of Mali.

When I asked Mrs. Konaré her opinion about what Canada should be doing to promote women’s rights in Mali, her responses were measured and diplomatic with an underlying theme that most journalists familiar with the country can agree with: More research and funding is needed in Mali in order for Canada to implement programs that will truly help Malian women.  One idea that Mrs. Konaré raised in the interview was to establish collaborative relationships between Canadian and Malian publishing houses that would allow young Malian women to publish works that could then have access to the Canadian (and North American markets).

As an Alumni of Columbia University do you believe that there is a possibility that Canadian publishing houses would support aspiring young female Malian writers?
For your information, I am not an Alumni of Columbia University! I had taken some English lessons in this university.  A very interesting idea would be the co-operation between Canadian and African publishing houses. We can then for example have co-publishing programs.  Another way to support female Malian writers is to make the Canadian book market accessible to these writers in order to allow the reading of their books by the Canadian people.

As the daughter of a former African President who has achieved literary and business success on your own, do you believe that you play a positive role model for other African women?
I am not sure I am a model for African women because being a publisher in Africa, in my country is not a very exciting prospect for people.   But I  know that  what  I do , inspires people , inspires  women who want to write, who want  to  communicate  through words and through books.  My job inspires women who believe in the power of ideas.

Do you believe that the non-fiction books you have written and published about Africa and Mali have inspired other women to pursue literary careers? If so can you give me an example of such a woman?
Not only in careers as Writers but also in the way to manage their lives. Because in our books, we speak about women in different fields: politics, economics, arts and culture. And the life of these women inspire other women. Recently, we published a book about the contribution of Malian women in the settling of democracy in our country. A lot of younger women have let me know after this publication how they are proud to be Malian woman and how all these women in our books have become examples for them.