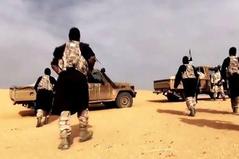 Algeria is playing a key role in the inception and development of AFRIPOL (the African Police Cooperation Organization), the new Pan-African law enforcement agency which held a formal meeting in December 2015 in Algiers. Several African police chiefs attended the meeting which was hosted by Major General Abdelghani Hamel, Algeria’s Chief of National Security. General Abdelghani announced that the new body will “bring a police response to the global threats in a changing environment.” AFRIPOL is now poised, under Algeria’s leadership, to spearhead a range of terrorism and transnational criminal challenges from the organization’s newly established HQ located in the Algiers neighborhood of Ben Aknoun.

Without doubt it is now time for Algeria to flex its political muscles in the Maghreb regions of Africa in order to combat the threat of AQIM, ISIL Boko Harem and other smaller Jihadi terrorist groups.  At the same time Algeria’s regime must also mature and move away from being an Elitist driven society to being a strong and stable democracy.  The move by General Abdelghani to have law enforcement and police agencies take the lead role in fighting terrorism is admirable and proves that Algeria is ready to take on the fight against Islamic extremism on a multilateral political platform.  But African Union members must still sign off on the legal framework of AFRIPOL as it is under the African Union’s auspices that AFRIPOL will gain its legal credibility and the information sharing platforms between Africa’s respective National Police agencies.

Although Algeria must urgently settle some thorny political issues, such as its conflict with Morocco and the Algerian Army’s continued assistance in supporting the Polisario Front terrorist group in the Western Sahara, there are encouraging signs that Algeria will shine in its new role as the ‘Policeman’ of Northern Africa.  Algeria has done a lot of the groundwork by obtaining an  initial agreement to form AFRIPOL from the African Police Chiefs in February 2014 and the signing off on the main legal texts that took place in the AFRIPOL meeting last month in Algiers. There are also existing law enforcement platforms that will make the process easier—such as the Police Chiefs Cooperation Organizations in West Africa, East Africa and Southern Africa. In addition to these local cooperation agreements Algeria has greatly improved its relationship with AFRICOM (the US Command of Africa) and NATO while its national intelligence service (the DRS) has quietly been building its ‘Street Cred’ with Western Intelligence agencies in order to gain much needed access to high value intelligence information on the global activities of ISIL.

Algeria’s success in curtailing the recruitment of its young population by extremist groups such as AQIM and ISIL should not be underestimated; to date only an estimated 200 Algerian citizens have joined ISIL in Iraq and Syria while in contrast Morocco and Tunisia are estimated to have had over 2,000 and 3,000 of its citizens, respectively, join the rank and file of ISIL and other terror organizations.  The Algerian government will have to maintain its diligence and ensure a smooth democratic transfer of power when aging President Bouteflika leaves office if the country wants to keep its extremely young population from falling into the recruitment hands of ISIL and or AQIM.

In a recent news report by Al Jazeera it was noted that Algerian “ Authorities have also made a push this month to target Jund al-Khilafah (Soldiers of the Caliphate), an al-Qaeda breakaway group that pledged allegiance to ISIL, killing several members and destroying dozens of hideouts, according to the defense ministry.”   Algeria’s sense of urgency and its commitment to root out terrorism in Northern Africa should be fully supported by key NATO members such as the USA, France, the UK, the Netherlands and Germany.  If this can be achieved, then ISIL and AQIM will indeed have a difficult time luring recruits and causing mayhem in the Western and Northern regions of Africa.