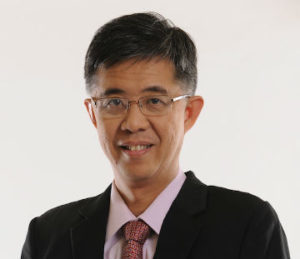 In my coming feature articles on Malaysia I’ve started to interview key opposition members in the umbrella group known as the ‘Coalition of Hope’ (‘Pakatan Harapan’).  This newly formed opposition group includes the Democratic Action Party(DAP), People's Justice Party (PKR) and the newly formed National Trust Party (AMANAH).  In addition to these parties several former members of the ruling UMNO party have formed their own party Malaysian United Indigenous Party(PPBM) and have signed an electoral pact with Pakatan Harapan.  In Malaysia, the complexities of alliances within the political opposition camp is rocket science to the uninitiated.

In general terms one main point kept emerging; that Malaysia, a country that does over $ 3 Billion USD trade with Canada per year is suffering from a severe lack of freedom of speech, abuse of human rights as well as a government that will do anything

in its power to remain in power. Listed below are excerpts from telephonic interviews I had with each key official of the ‘Coalition of Hope’ along with

written answers I received from them in response to written questions I had sent them.

MP-Chua Tian Chang: Leading the Charge for Freedom and Democracy

Mr. Chua Tian Chang (better known as Tian Chang) is the Member of Parliament for the BATU constituency in Kuala Lumpur.  He is a Vice-President of the PKR Opposition Political Party in charge of inter-relations with the other parties in the ‘Coalition of Hope’.  According to Mr. Chang he oversees “communications” for the PKR and is the party’s main “Representative” in “negotiating” with the other parties within the ‘Coalition of Hope’.

Chua Tian Chang “Elections will be held freely but not fairly”. PKR Vice-President and Member of Parliament Chua Tian Chang commenting on the transparency of the Malaysian electoral preprocess.

In research conducted I noted that Mr. Chang (according to Wikipedia) “ burst into the limelight in 1999 when images of him sitting defiantly in front of a police water cannon truck were splashed across the global media during the height of the ‘Reformasi’ movement in Malaysia due to the sacking of Anwar Ibrahim as Deputy Prime Minister.”  My research Team has confirmed through several sources that Mr. Chang was indeed the young Malaysian dissident photographed sitting in front of that police water cannon in classic ‘Tiananmen Square’ style.

Mr. Chang (who is also a key Trade Unionist) is constantly harassed by the Malaysian Security forces, has been arrested several times and spent two long years in prison in the late 1990’s under the Malaysian ‘Internal Security Act of 1960’. This tactic has been deployed repeatedly by the Malaysian regime to crush political dissent. In addition to these harrowing ordeals Mr. Chang was convicted and sentenced to 3 months imprisonment and given a fine of 3,000 Malaysian Ringgits (approximately $700 USD) for allegedly ‘insulting’ a police officer by using foul words against a female police officer three years ago.  The incident was a bizarre affair that took place whilst the Malaysian police were conducting an illegal search of Mr. Chang’s home. The supposed ‘Insulting’ that Mr. Chang committed against the female police officer was telling her that she was "good for nothing".  Although this whole scenario seems ridiculous Mr. Chang, in the meantime, will be barred from participating in the next election if the conviction stands according to Malaysian law. Mr. Chang is appealing the decision to the Malaysian Supreme Court.  Mr. Chang told me that this appeal process could “take several months”.  (Note: Under Article 48 of the Malaysian Federal Constitution, an elected representative is disqualified if he is sentenced to more than 12 months' jail or fined more than RM2,000 and above).

Mr. Chang, whose Alma Maters are the University of Sydney and the University of New South Wales in Australia, is unrepentant.  As an academic Philosopher, he knows the high political stakes on the table now.  His initial studies were in agri-sciences then he switched to philosophy studies and then into politics.  I asked Mr. Chang how his life cascaded into being one of the most nationally known dissent names in Malaysia’s body politic.  His answer was retrospective when, in response to written questions I had sent him, he wrote “There were no one or two particular reasons for my switch to Philosophy. My transfer was due to many factors: in fact, since I was young, I had been equally interested in humanities subjects such as philosophy and sciences. I didn't think they should be separated or studied in isolation. Partly I was not doing too well in Agricultural Science as I had been missing classes especially lab due to my heavy involvement with student movement. Increasingly I was drawn more and more into politics and realized that the solutions to the third world problems lie not with technology or sciences but politics. My initial dream was to study from "advanced countries" and bring modern agriculture back home to enhance food production and eliminate poverty. My idea became more crystalized as I learned more both about destructiveness modern mass production methods in the West and convinced that radical political change was more crucial, viz. repealing authoritarian rule / building democracy and breaking away from "imperialist" economic control. (long story...)”

In the 2013 Parliamentary Election Mr. Chang increased his votes by 40% from the 2008 Election results.  I asked Mr. Chang what his secret recipe was that allowed him to gain such a loyal electoral following. He stated that there were “two main factors” to his success.:

“a. At the macro level, there was a greater optimism towards the opposition front due to the consolidation of our leadership and generally good performance in the states which we governed. Even back there were already scandals of Prime Minister Najib circulated and made him unpopular. Thus, there was a massive swing against the ruling parties especially PM Najib.

I asked Mr. Chang that if the Coalition of Hope would win the 14th General Election what major policy innovations he would make, as a Vice President of PKR, for improving the human rights situation and resolving the environmental and peace issues in Malaysia and the Region. He answered that “There is a lot that needs to be done” and stated 4 main areas that needed change:

“a. The most immediate actions would be reviewing all the draconian laws that are contravening civil liberty, eg. restrictions of press freedom, public assembly and expression, detention without trial etc.

When I raised the issue of whether the upcoming elections would be held freely Mr. Chang clarified my question by stating that “Elections will be held freely but not fairly”. In an extensive telephone interview Mr. Chang blasted the Malaysian government’s underhanded methods utilized in the electoral process in the country. He bitterly accused the government of historically rigging elections in Malaysia and claimed that “Gerrymandering”, “Phantom Voters” and “Double Voting” “..”is very serious in the Malaysian Election System”.

Being in the political opposition camp of any developing country is one thing; governing is another.  I was curious to know Mr. Chang’s position on China’s new economic policy, Yi-Dai-Yi-Lu (One-Belt-One-Road) on the Malaysian economy in the short and long terms. He answered that “To some extent, One-Belt-One-Road is a scheme to entrench China's interests on Malaysian economy. In principle, there is no problem to welcome investments from China or other economic powers. At the same time, we are aware that trade relations and political influence are interlinked. Malaysia is located at the main intersection of major trade routes linking various big regional economic powers. We are aware of such geographical position we are in, and being a small nation, we should be constantly alert and maintaining a good balance with many countries.” He then observed that “We understand that it is only natural for China to be eyeing Malaysian strategic position. However, it is the responsibility of a ruling government to introduce policies that can mitigate any imbalances and safeguard the nation's sovereignty”.

I submitted a series of written questions to Mr. Chang of which some of his answers are quoted in this article.  I would like to share with my readers two questions I sent to Mr. Chang about (1) Canada’s decision to financially support the training of Anti-Terrorism units in Malaysia and (2) Canada’s mutli-billion-dollar trade with Malaysia. His answers were extremely interesting and confirmed my opinion that Mr. Chang’s time to assume a national governing leadership role in Malaysia has come. Listed below are my questions and Mr. Chang’s answers:

JC-In April 2017, Canada’s Minister for National Defence, the Honourable Harjit Sajjan visited Malaysia to highlight Canada’s military and strategic engagement in Malaysia and Southeast Asia. Canada committed over $ 10 Million CAD to support ant-terrorism training programs for the Malaysian Royal Army. Do you feel that Canada can do more to assist Malaysia in combating terrorism?

Mr. Chang- In my view, terrorism cannot be defeated only with state-of-the-art weaponry or heavy-handed armed forces. Counter-terrorism strategy must be combined with education and economic development schemes. Further, Canadian govt must insist that Malaysian armed forces, police and the military, during the execution of counter-terrorism operations, it must be refrained from tortures, detention without trial, intimidation and other techniques contradicting universal human rights principles. Again, I believe that education schemes that instill progressive values to the community will be more effective to counter the radical ideology. Legal prosecution and armed intervention should be the last resorts.

JC- Canada’s trade with Malaysia now reaches over $3.2 BILLION USD per annum. Do you believe it is better for Malaysia to focus on trade with countries such as Canada as opposed to building deeper trade relations with China?

Mr. Chang-In the totality of Malaysian international trade volume, Canada only represents a very small portion, hence it has great potential for expansion. Expanding the scope of trade exchange with Canada is not mutually exclusive with the rapid growth of bilateral trade with China. China being a major Asian economic and political power in this region, we cannot ignore China's growth. It is inevitable that the impacts of China's development will affect Malaysia. Small nation like Malaysia need balance in the spectrum of foreign investments in our economy. I believe that Canada has a lot to offer to the development of Malaysian society. Canada might have certain advantages in providing higher quality technologies, e.g. in the fields of education, human resource development, 'green' ecological friendly technology, software, etc. China tends to be more orientated to 'hardware'.